Home // Past Productions // The Tragedy of Dido Queen of Carthage

The Tragedy of Dido Queen of Carthage

Troy has fallen. Using the stratagem of the giant wooden horse, in which to smuggle an advance party of soldiers into the city, the Greeks open the gates to their waiting army. The Trojans are overthrown. Aeneas and his followers flee and set sail for Italy. A violent storm arises and the Trojans are shipwrecked on the coast of Africa near Carthage. They are given shelter and feasted by Queen Dido who is herself a refugee from Tyre.
Christopher Marlowe was born in 1564, the same year as William Shakespeare. He died 1st June 1593, having been stabbed to death in a tavern in Deptford. It is probable that he was engaged in espionage on behalf of the government. He was involved in the School of Night, a free-thinking group which met at Sir Walter Raleigh's house in the Strand. They had a reputation for atheism and necromancy. He wrote only seven plays but his influence on blank verse was considerable.
Cast
The Gods
Trojans
Carthaginians
For The Marlowe Players 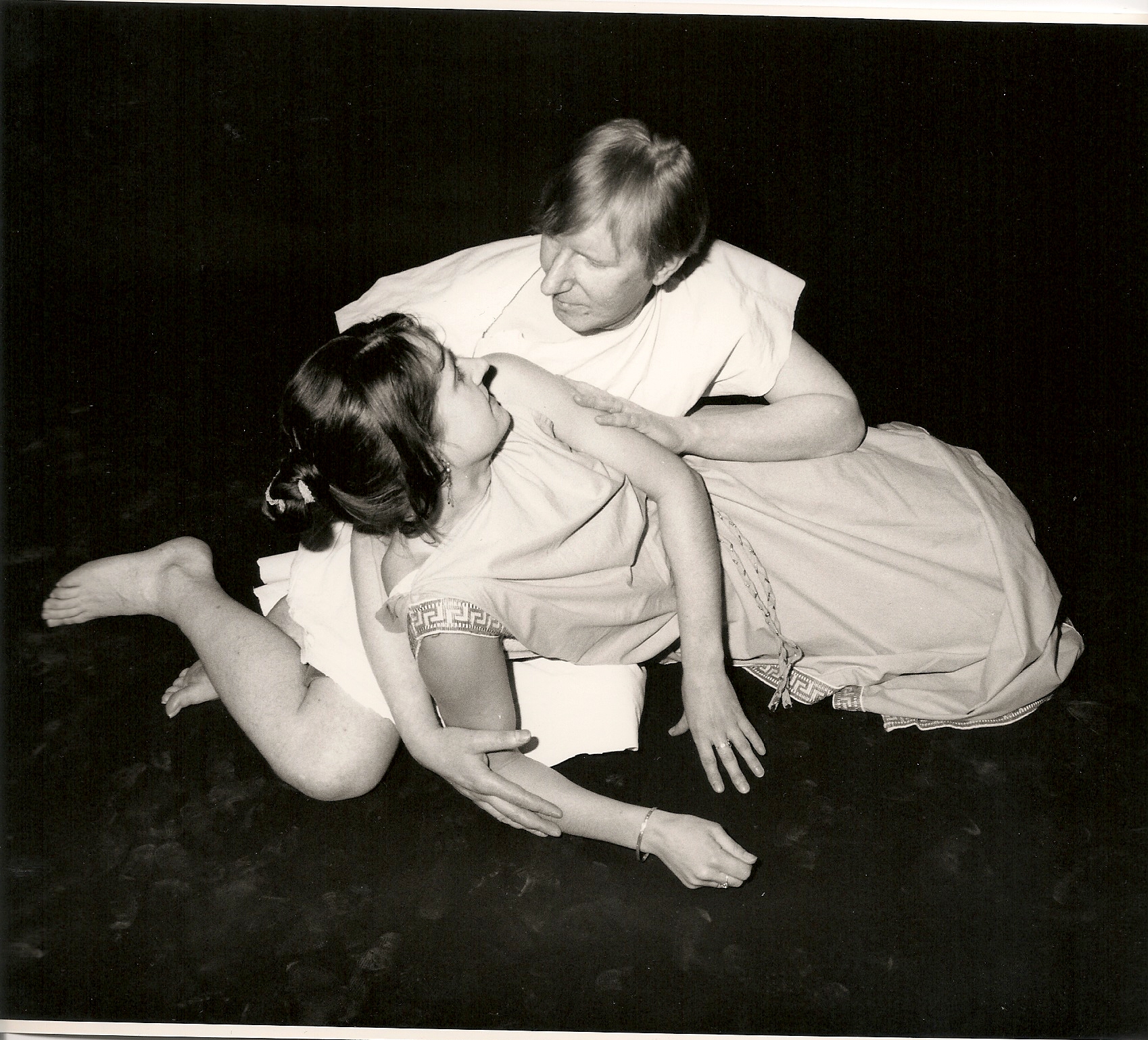 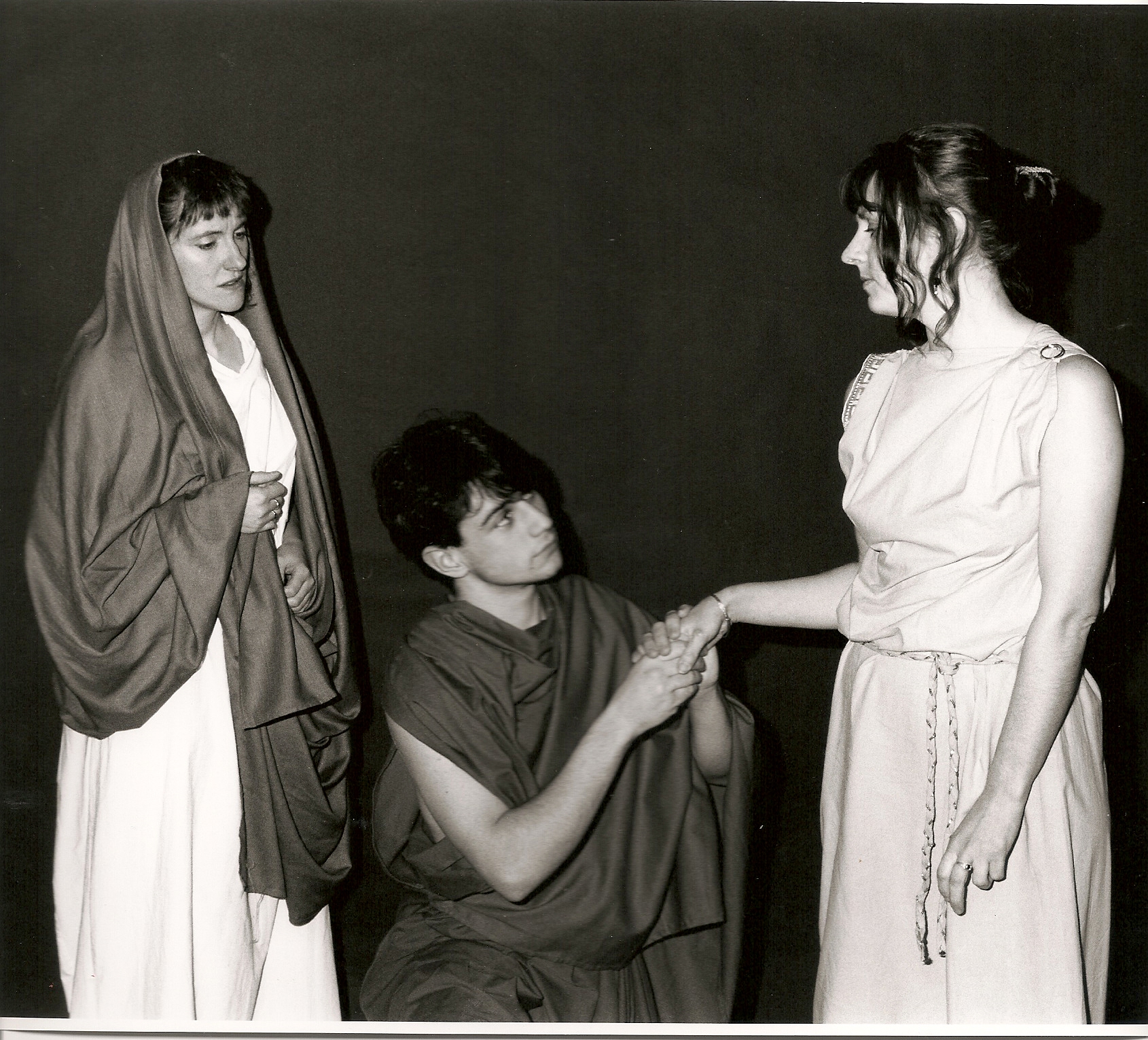 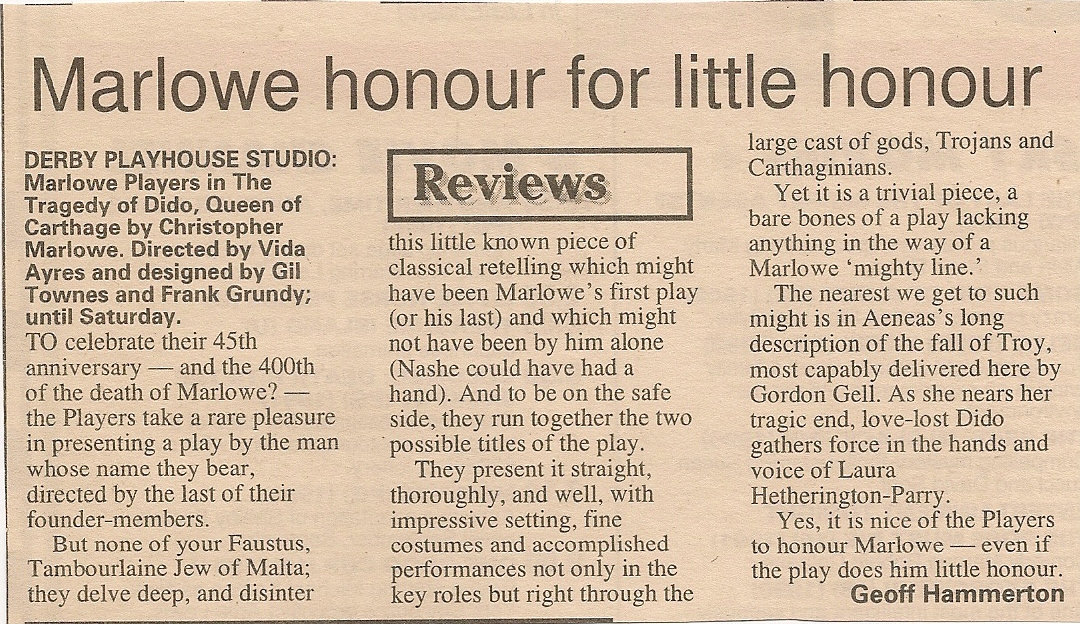